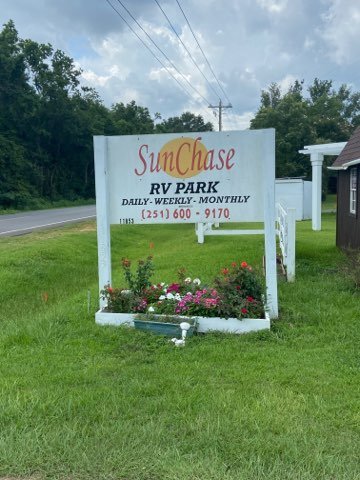 How we found it

This deal was brought to us by a friend who found the listing on Facebook Marketplace. I don’t think FB marketplace is a great place to buy real estate, but if you never look you also never find anything. Our friend simply forwarded the link to us and we began the process of underwriting the deal. For his laborious efforts we gave our friend equity in the deal, we will cover later how the deal was structured.

Why we liked it

After looking at it we decided it was worth pursuing. We drove out to the park and realized that it was set up more like a mobile home park, which was great because we had already had success in that asset class. The property was a straight road with RV spots on both sides, it also included a recently completed community center which was mainly an open hall, a laundry facility, and a small bathroom. At the front of the property was also a small portable building that was built out to create an office. The property was supplied by multiple wells and had four septic systems for sewage. Electricity was paid for by the park and there were multiple meters which then provided power for 4-8 spots on each meter. All in all it wasn’t anything special, but we knew it met a need and was something we could operate.

The owner was selling because he was older and was simplifying his life. He was managing the property with a group of part time employees, some who lived on the property and some who lived in adjacent properties. He kept records, but there was much room for improvement and he was taking most of his rents via cash and checks onsite. We knew we could improve operations, or at least keep cleaner books to boost the value going forward.

We began to meet with the owner, including going to his house and found out (because we asked) that he also had another 26 acres for sale nearby that had was platted for a neighborhood but had never been completed after work started on laying the sewer and water lines. We went ahead and put that property under contract also. We didn’t know what we were going to do with it, but to Bob’s credit he knew it was valuable was would find a way to make money off it, and eventually he found another buyer that we wholesaled the neighborhood property too. Though we made a great wholesale fee, the guy that we sold it to did a little more work with the county and sold it again for 4x what we made days after he bought it from us. Always ask what else do you have for sale, and always dig a little deeper to find the highest and best use! 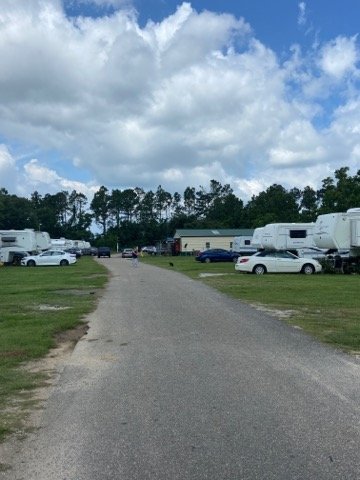 The seller was originally asking over $700k, but after negotiating we were able to get under contract at $575k. Because of our relationship with our local bank we were able to get a favorable loan on the park based on its appraisal value. We needed to bring $135,000 to close and decided we were going to do this with a capital partner. Because of the size of the deal and because it was our first RV park we didn’t want to use the syndication process or market this to our entire partner list, instead we decided a single capital partner would be best. We found this person from our church, he was a younger guy who was interested in buying into a bigger deal but didn’t want to be solely responsible for the day to day. He brought $150k in cash which was more than we needed but we wanted extra funds for potential improvements.

Our initial business plan was to move all rents to an online system, submeter electric bills back to tenants, ensure rental rates were at market, and hold on for a few years as the area improved around it.

The deal structure was 22% to both Jeremy and Bob, 40% to our capital partner, 15% to our finder, and 1% to the original property manager.

This would be the first deal that we would manage ourselves without the assistance of a property management company.

After purchase we realized we had a surprisingly big issue with internet access. The previous owner was not using a commercial internet account, they had a residential account! It was not sufficient for the needs in 2020, and worse we couldn’t keep it because the cable company required us to upgrade to a commercial account and commercial accounts were on a wait list, so we lost our internet provider shortly after taking over the property! Because of the growth in the area and lack of network bandwidth we were on an indefinite, but likely years, wait list for commercial service. This took us down a long path of searching for other solutions. Having a provider pull a line from nearby fiber lines was going to cost hundreds of thousands of dollars and we would have to pay upfront, and then large monthly fees. What we moved to instead was cellphone routers that used local 4G LTE signals, before eventually settling on Viasat satellite service. None of these options were ideal and he had to limit bandwidth, but it allowed us to provide an amenity, and allowed us to use wifi security cameras and door locks.

We made some other changes to our business plan along the way. For example, instead of submetering electrical, which would have been a large expense, we chose to use a Ratio Utility Billing System (RUBs). We chose the number of Air Conditioners that each trailer had to determine the units we broke down the bill each month. Nothing is perfect, but we felt his best represented the use of the electricity in the park. Tenants received an additional bill each month for their portion of the electric bill. This not only saved us money, but also decreased the usage as individuals were less likely to air condition the outside.

During ownership we dealt with the Coronavirus pandemic and the loss of many of the jobs that followed as entertainment and hospitality jobs dried up on the Gulf Coast. As we started to understand that problem we were then hit with Hurricane Sally that hit Orange Beach and Pensacola causing a lot of lost jobs for our residents. We were proactive to deal with those individuals and were able to work out payment plans, assistance, and even brought one resident to work for us for a few months. We had to make a change with property management, but otherwise business kept moving forward. 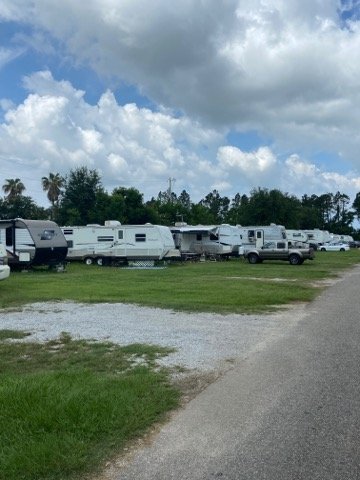 In 2021 Climb Capital began to grow with more employees, properties, and a new focus. With those changes we decided it was time to sell all of our legacy deals that were not large enough to fit into our profile going forward. Sunchase met that criterion of good deal, but no longer big enough for the effort needed to keep it in top shape.

We listed the property with the Mobile Home Brokers and started at an incredible price of $1.4 million, and waited for a few weeks at that price and eventually lowered the price to $1.175 million. This represented a fantastic return for us and provided continued upside for the new owner.

The market certainly was a large part of our increased sales price, but we also were able to raise the NOI $60k from when we purchased the deal. That combination was powerful, and though we don’t expect those types of returns going forward, we will gladly take them.

We hope this breakdown was informative, both about RV parks and how Climb Capital operates. If you want to be a part of future deals like this, please reach out and ensure you are on our partner and investor list.